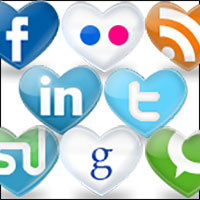 Back in 2013 I read a story about a local business coming under fire from actions and words captured on camera for a reality TV show. While it is true you can’t always trust what you see on TV, these days marketing is not just about how you view your own business and tell your story; it is how others view you and your business as well.

The article described some of the actions and intense (verbiage of the business owners caught on camera. The story does not end here; this business’ Facebook Page had many, many negative comments about what was viewed on this show. Again, at this point, it doesn’t matter what the intentions of the business were at the time of the taping, because public perception had taken over. What does matter are these two important details:

Some people live to argue with others. Some can’t stand being wrong about anything. Still some see our social media avatars (those little pictures next to our online name) as just that — pictures — and don’t care that these represent real people with real feelings.

Try to view the negative feedback as instructional. If you didn’t know what was wrong before, you certainly do now! Take appropriate, purposeful steps to correct both the error(s) and public perception. You attract more flies with honey than a fly swatter.

Author Details
Lisa Raymond
Visibly Media LLC
Lisa Raymond is the owner and creative genius of Visibly Media. She has been in graphic and website design for over 25 consecutive years, social media management & marketing since 2007, married 30 years, 4 children, 4 grandbabies, and Queen in her organized realm of chaos!
http://www.visiblymedia.com
lisa@visiblymedia.com
By Lisa Raymond|2015-10-16T23:06:37-07:00October 17th, 2015|Reputation Management|0 Comments